14 of the biggest differences between Canada and the US 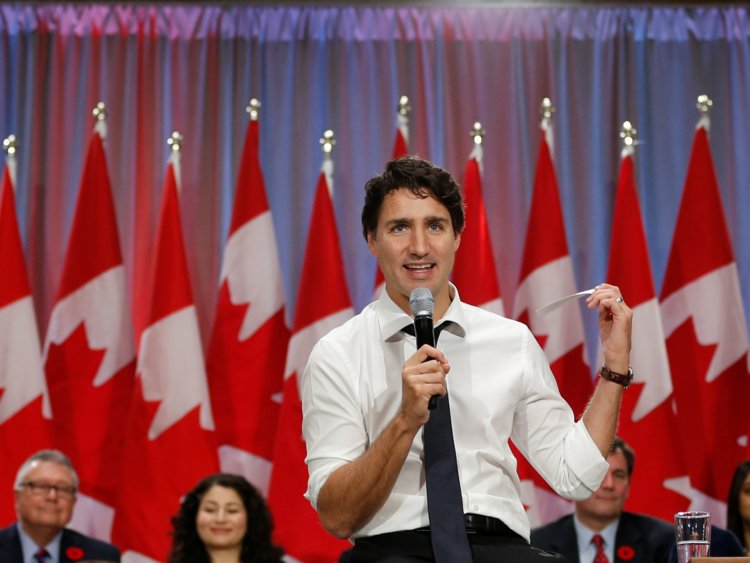 They may be physically close together, but they are very different. Chris Wattie/Reuters

Canada sits right above the United States, making up a big part of North America. The countries are so close, in fact, that in some of the northern states, Canada is only a short drive away. This can make it easy to assume that Canada and America are the same but that couldn’t be further from the truth.

Between politics, religion, currency, and food, there are lots of differences between the two countries. Take a look at some of the biggest differences below. 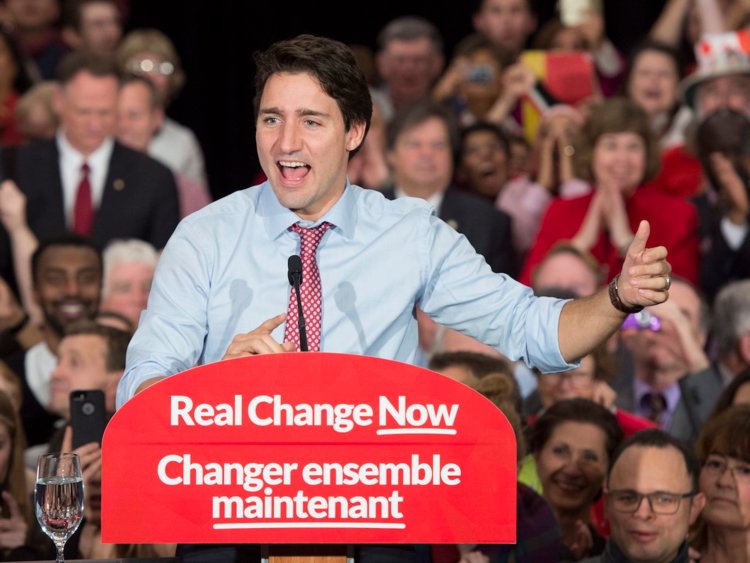 While America is led by a president, Canada is a Commonwealth country led by a prime minister. And, technically, Queen Elizabeth is the Head of State of Canada, although she really doesn’t do much.

Political parties are also different. In the US, we have two major parties: Democratic and Republican. Canada has four major parties and many smaller ones, like Conservatives, Liberals, New Democratic Party, and the Green Party.

As a country, Canada is more welcoming to outsiders. 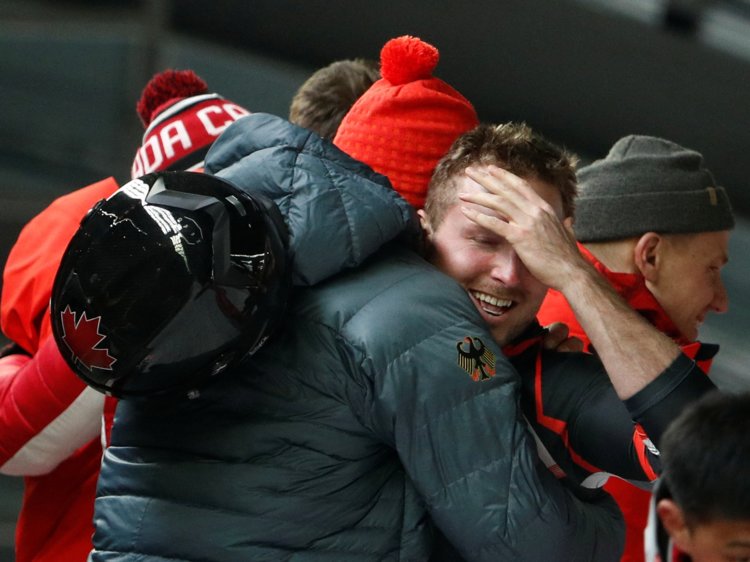 This particular difference has never been as obvious as it is right now. Canadians are welcoming more refugees and immigrants than America.

According to NPR, “Canadians see immigration as critical to their economic success. The nation has invited in so many immigrants that today, one-fifth of the population is foreign-born.”

Immigrants are referred to as “new Canadians” with the expectation that they will stay in the country. In terms of refugees, there is a #WelcomeRefugees program that offers help and assistance.

Canadian Minister of Immigration, Refugees and Citizenship from 2013 to 2015, Chris Alexander, told NPR, “The biggest contrast between the US and Canada is that we have reformed our immigration system continuously, intensively, for a decade at a time when the US has been facing gridlock.” 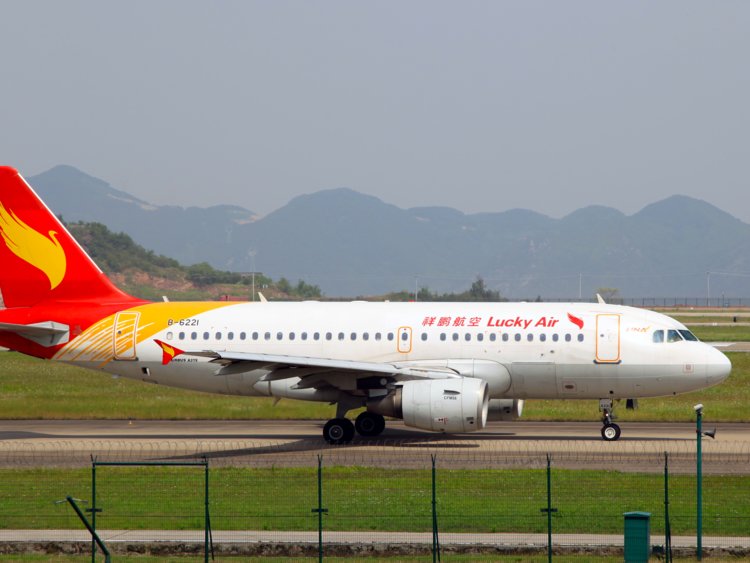 As for vacation time? It depends on how many years the employee has been working, but Canadians with one year of service are entitled to two weeks of paid vacation. After five or six years of working, that number goes up to three weeks. In the US, employees are typically given much less. In fact, the US doesn’t legally require companies to offer paid vacation time, and even when employees get it, most don’t even use it, according to Market Watch.

Canadians drink milk out of bags. 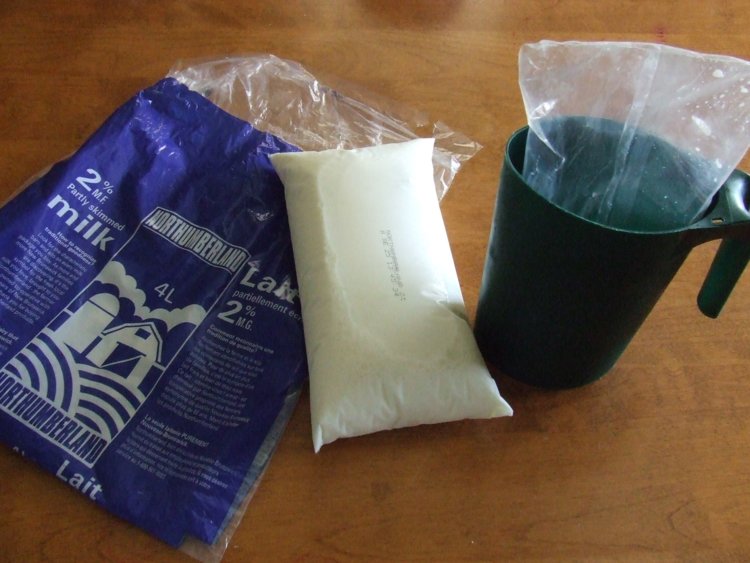 If you’re visiting Canada and you walk into a grocery store, you’ll notice one huge difference pretty quickly: Canada sells and drinks milk out of bags. Why? It’s better for the environment than cartons of milk, and it’s also more cost-efficient because it’s cheaper to make. The milk doesn’t stay in the bags — when Canadians bring it home, they open it up with scissors and then pour it into pitchers. Because it isn’t properly sealed, it doesn’t last quite as long once the bag has been opened. 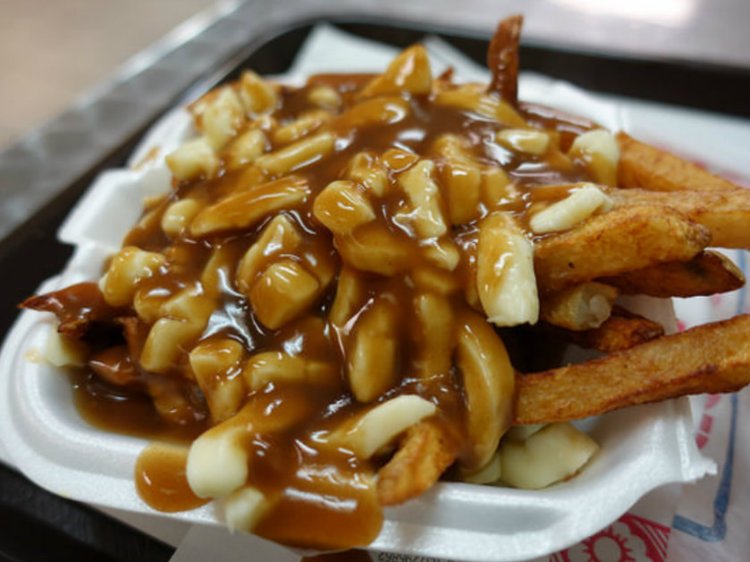 Canada and the US might be close geographically, but their food differs. For one thing, Canadians are serious about their potato chips. They’re known for their ketchup chips, as well as their “all-dressed chips,” which are a combination of barbecue, tomato, salt, vinegar, sour cream, and onions. Then there’s poutine, which consists of French fries smothered in cheese curds and gravy.

They are also, obviously, very into maple syrup. They have something called beaver trails, which is made up of a piece of fried dough covered in a variety of toppings, like apples and cinnamon.

There is no middle school in Canada. 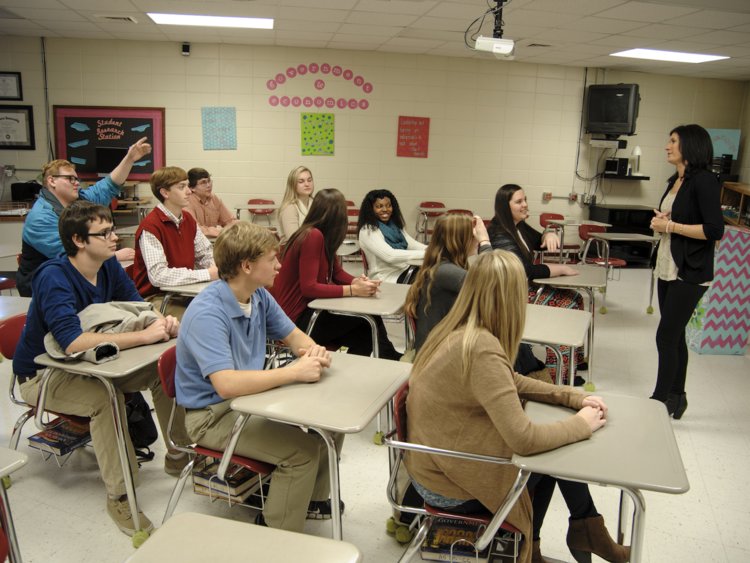 In Canada, however, there is no such thing as middle school. Children go to elementary school up through seventh grade, then enter high school through 12th grade. In Quebec, students finish high school after 11th grade and then go to a vocational school for two years — after that, they might go on to college.

It’s easier to go out to eat in large groups in Canada. 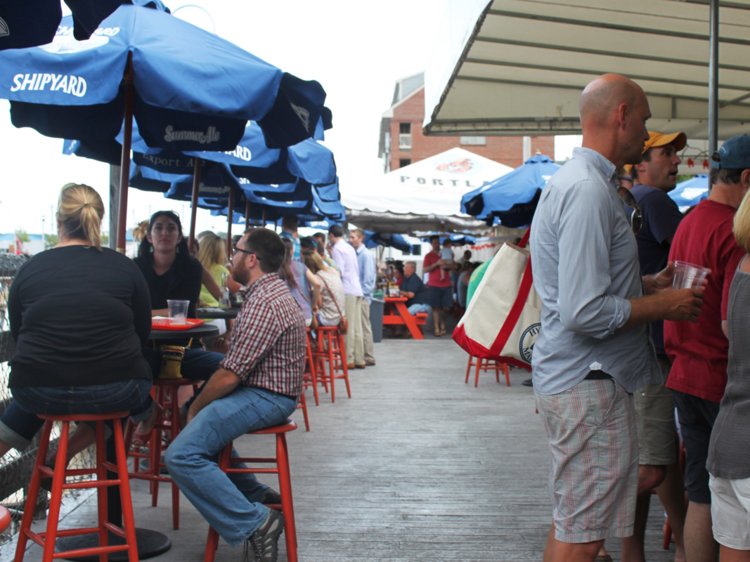 Paying a dinner bill with a group is a whole lot easier in Canada than in the US. According to a writer at Bustle who lived in Montreal, Canadian servers bring a credit/debit card machine to run your card at the table. The machine also calculates a tip for you, if you choose to use it, meaning you don’t need to do the math.

As for that annoying thing that happens when you go out to eat with a group and everyone argues over the bill? In Canada, they standardized personalized bills in restaurants, meaning each person automatically gets their own bill to pay.

Americans do a lot more online shopping than Canadians. 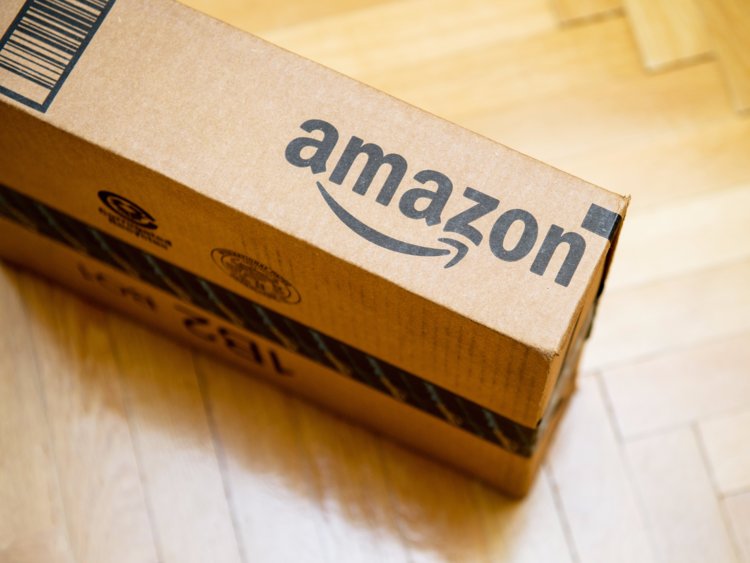 Interestingly, online shopping isn’t quite as popular in Canada as it is in America. According to Advantage 2 Retail, e-commerce only represents about 4.5% of total retail sales in Canada, compared to 7.7% of retail sales in the US According toBustle, Amazon Canada has a much smaller selection. And one infographic shows that less than half of Canadian businesses have a website, meaning there isn’t even the possibility of selling things online. 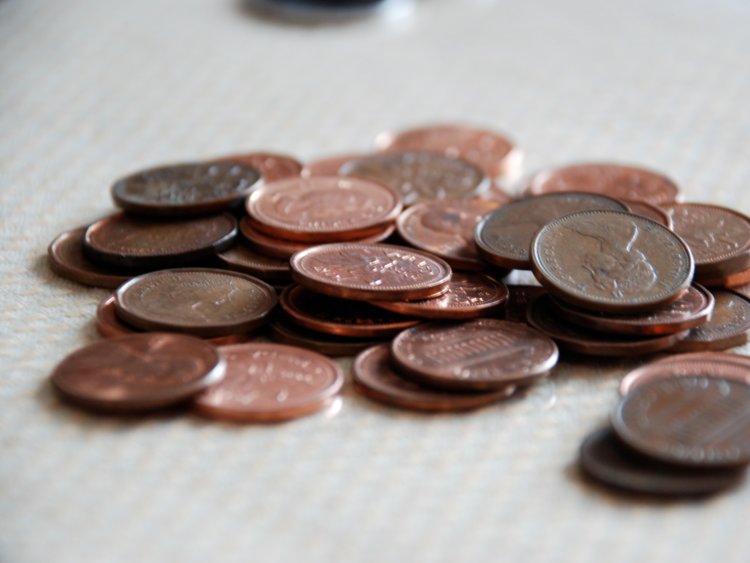 Canadians and Americans do not share the same currency — Canada has its own distinct currency that is colorful and unique. In 2013, Canada got rid of pennies because production costs outweighed the value of the coin. Canadians also use one-dollar coins instead of bills, and even two-dollar coins (called toonies). 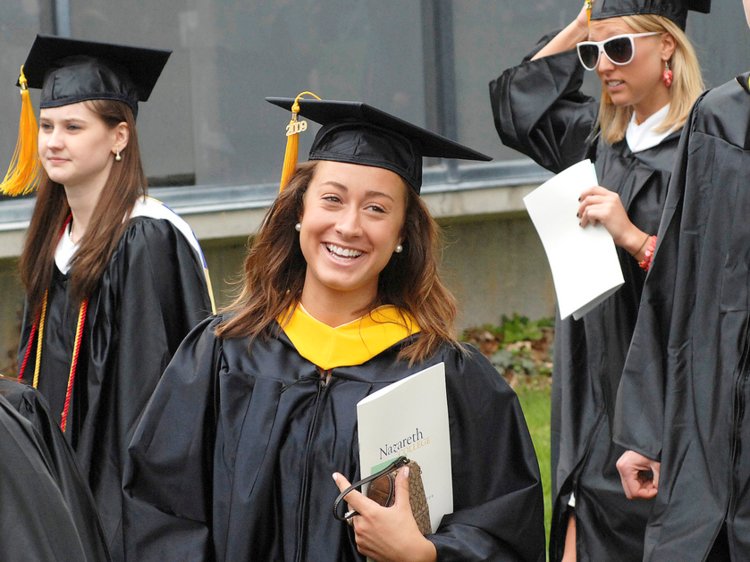 According to a report from the Organization for Economic Co-operations and Development (OECD), Canada has the largest percentage of adults seeking higher education: 55.2% of Canadian adults ages 25 to 64 have some level of college education. The report also showed that Canada had the highest percentage of women with a college education. In comparison, the Census Bureau said that 33.4% of Americans 25 or older had completed a bachelor’s degree or higher.

Americans do not use the same measuring system. 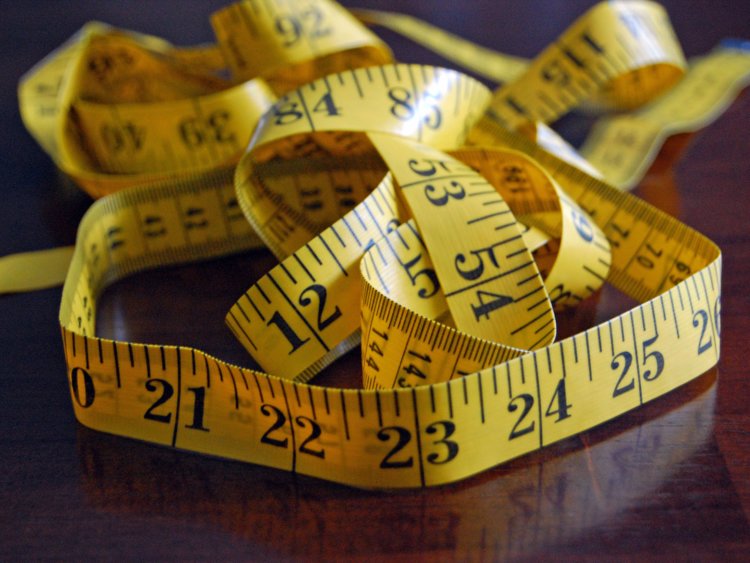 Canada, like Europe, uses the metric system. Americans, on the other hand, use the older Imperial System of Measurement. While many Americans think this system is the best way, the US is actually one of the only countries in the world that uses it. 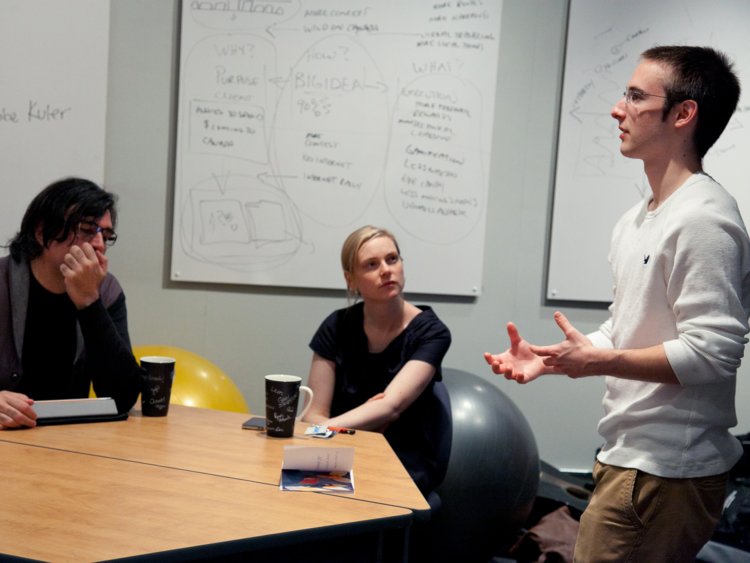 In the US, English is considered the major language. Sure, there might be a huge percentage of people who speak Spanish, but English is the primary language. In Canada, there are two major languages: French and English. In 2016, 29.8% of Canadians spoke French, and in Quebec, 94.5% of the population spoke it. Also in 2016, 30 million people in Canada reported speaking English. 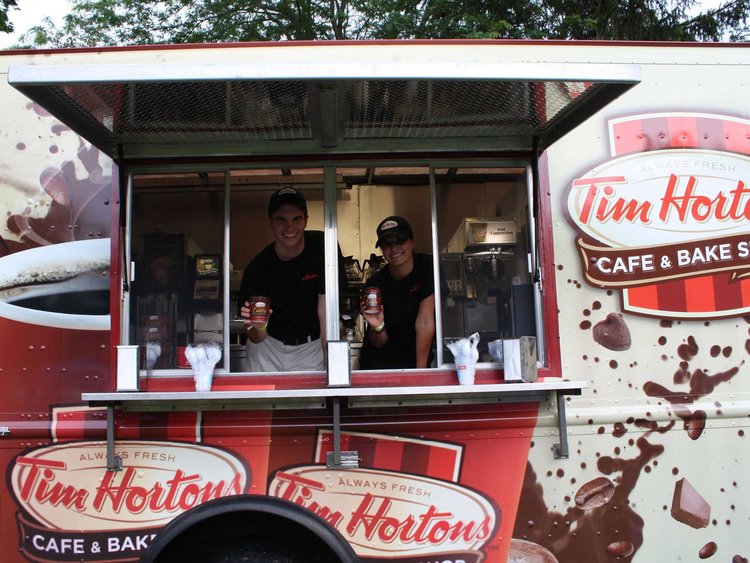 In the US, Starbucks can typically be found, well, everywhere. Canadians haven’t quite jumped on that bandwagon. They’re, instead, into Tim Hortons. 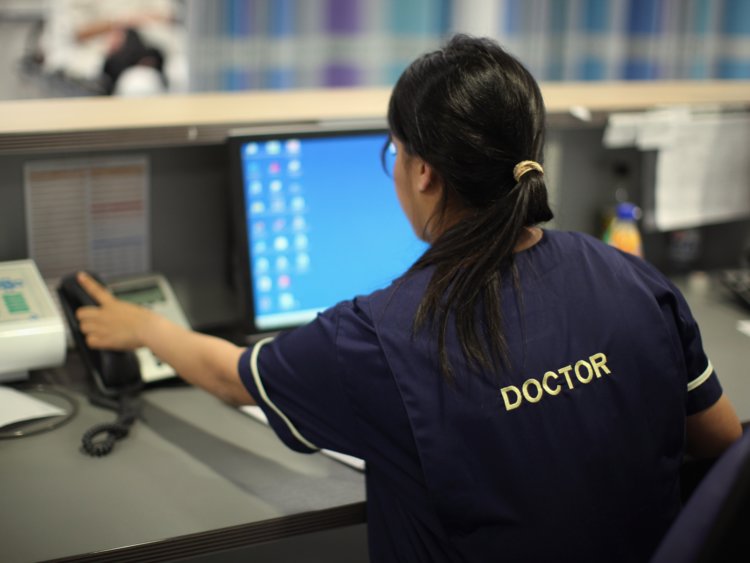 The most talked-about difference between Canada and the US is their different healthcare systems. Canadians get “free” healthcare, something many Americans want. Bustle points out, however, that the health care system in Canada is a bit complicated.

Once you register as part of the health care system, you can indeed go to a clinic and get free care but the systems work differently for each province, making things confusing. Also, apparently a lot of people have trouble finding primary care physicians because of long waits.